The forthcoming London International Horse Show, making its debut at ExCeL London shortly, has announced Richard House Children’s Hospice as its official charity for the event which runs from 16-20 December.

Based just a stone's throw from the venue, Richard House - which provides palliative care to children with life-limiting conditions - is one of five local charities ExCeL supports and will now have the additional backing of the 2021 Horse Show.

The partnership with the London International Horse Show will provide significant financial and material benefits to the Hospice, including revenue from ticket sales, with 50p from each ticket sold for the Thursday afternoon performance going directly to the charity, as well as a provision of tickets throughout the Show to enable Richard House Trust’s staff, children, and parents to enjoy the Christmas equestrian extravaganza.

For those children who are unable to attend, action from the charity performance on Thursday afternoon will be live streamed to the Hospice so they can enjoy the action, and Father Christmas will be taking time out from his busy schedule at the Show to visit the Hospice and provide some additional festive cheer.

Opened in 2000, Richard House was London’s first children’s hospice and not only provides residential services and treatment to children and young people to improve their quality of life, but also offers support to their families through counselling, therapy, bereavement support and much more. Today the Hospice supports more than 300 families across London.

To launch the partnership, regular London International Horse Show attendee and Instagram sensation, Teddy the Shetland, made a special appearance at the Hospice to meet the children.

Speaking at the event, a parent, whose son benefits from the services provided by Richard House, said: “Richard House came to Alexander’s hospital discharge meeting and it just made me feel so much better because when you think of hospice, you think end of life, but it’s not just about the end. I love the fact that everyone here is like, ‘you do you, you do it at your pace’. They are all so lovely with him. I can be a mum again, not a carer.”

Kathryn Elvin, Head of Corporate Engagements and Partnerships, added: “We are delighted to be chosen as the official charity of the London International Horse Show this year. It means so much to us when organisations, especially who are new to the area, choose to support the Richard House Children's Hospice. To have the support of the London International Horse Show this December is a fantastic way of our families seeing how much the local community cares and wants to give back to them."

London International Horse Show Director, Simon Brooks-Ward, said: “We are so pleased to be supporting such a fantastic and worthy charity this year. The work done by Richard House Children’s Hospice is just amazing, improving the quality of life of children and young people at their time of need. When moving to our new East London venue, we wanted to use our platform as an international sporting event to support and contribute to the local community, and we hope this partnership will do just that. We particularly look forward to welcoming the children and their families to the Show in December.”

The highly anticipated 2021 edition of the London International Horse Show will feature five days of world-class equestrian action with the traditional Christmas feel. As the only UK Show to host all three FEI World Cup competitions in Dressage, Show Jumping and Driving, the Show is the pinnacle of the equestrian calendar, attracting many of the world’s best horse and rider combinations from around the globe. The Show will also feature a range of exciting performances and displays, including the Shetland Pony Grand National, The Kennel Club Dog Agility, the Musical Ride of the Household Cavalry Mounted Regiment, and the sensational Santi Serra.

More information about The London International Horse Show, including how to buy tickets and donate to Richard House Children’s Hospice, can be found here. 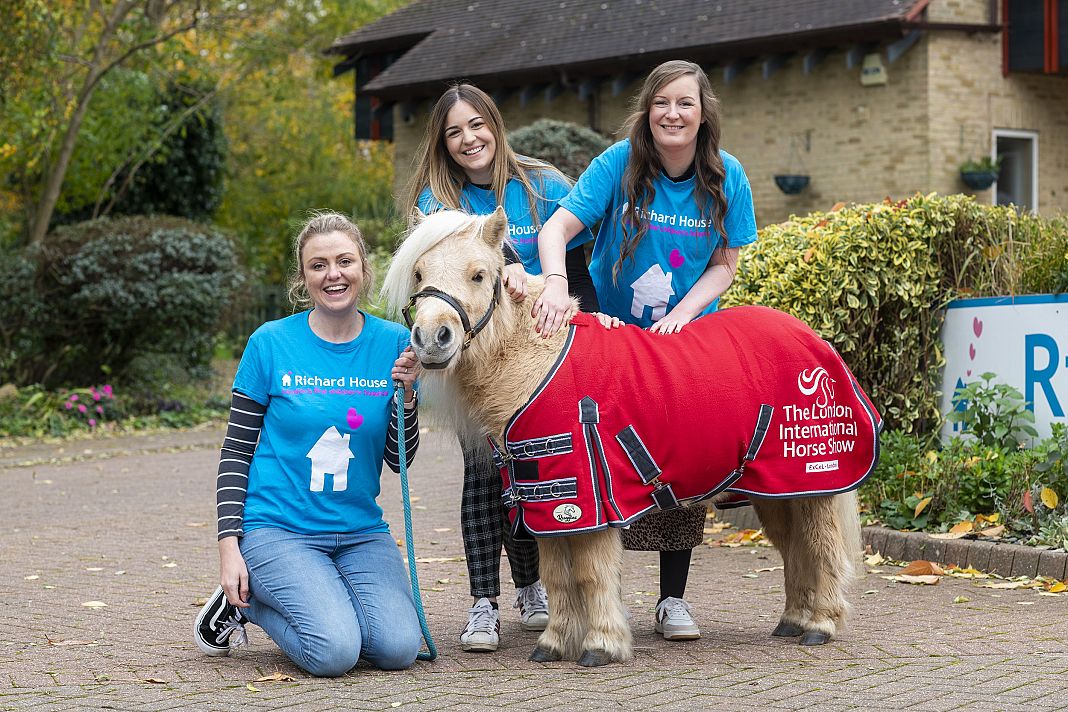