Rees was first elected to the ICCA Board in 2012 and became a Vice President in 2017. Before this he served in leadership positions in ICCA’s UK & Ireland Chapter.

Competing for the ICCA presidency alongside Rees were Juan José Garcia and Eric Bakermans, both long-term members of the global association’s Board. The three candidates ran very extensive campaigns to win the ICCA member vote.

The General Assembly where the announcement was made was livestreamed to all ICCA member from around the world. A recording of the session is available online.

Commenting on his win, James Rees said: “What we can do, with the right leadership, is to use ICCA’s strengths to drive that innovation, creativity, and incentive for improvement. And this is what I am going to deliver.

“As ICCA President, I will be a true advocate for our business, a champion of our sector and ensure that ICCA’s voice is heard by government, in a language they understand. It will be an honour and privilege to serve as your President.”

Find out more about the campaign of the winning candidate here at www.jamesicca.com.

The 2018 ICCA Congress has attracted 1,156 delegates from 79 countries, making it the biggest Congress held outside Europe. 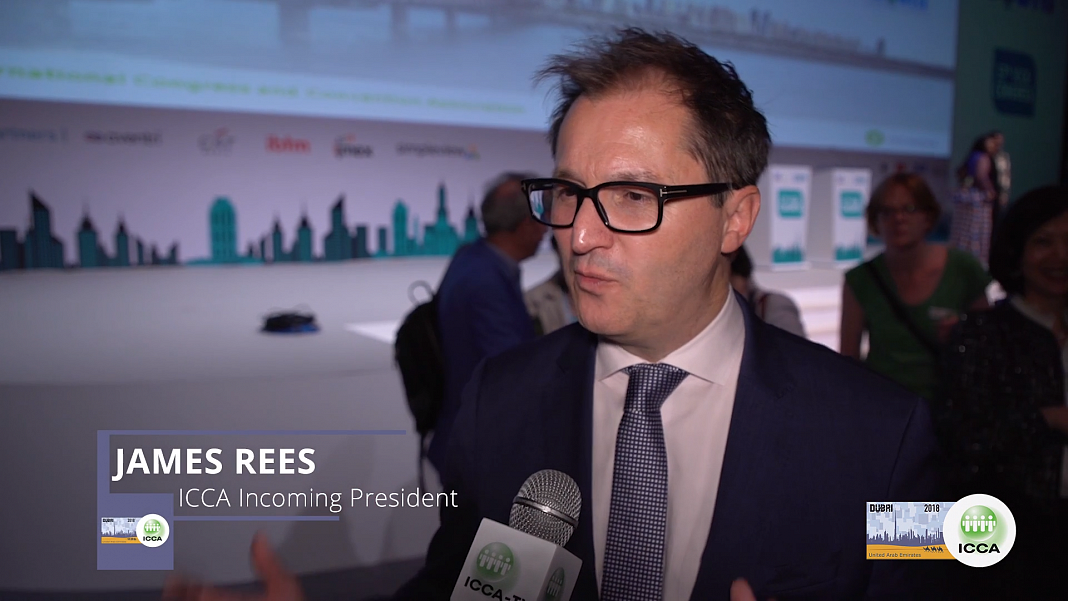