Formula E has today published the schedule for season six of the ABB FIA Formula E Championship, featuring new venues in the centre of Seoul and London as part of the longest and most comprehensive calendar to date.

The 2019/20 calendar was ratified following the FIA World Motor Sport Council (WMSC) meeting in Paris, comprising of 14 races in 12 cities and covering four continents. The busiest season yet of electric racing will get underway with a double-header in Ad Diriyah in November, stopping off in the iconic city of Seoul for the first time in May and once again coming to a close in the UK capital, using a unique indoor/outdoor track at ExCeL London in July.

There’re not just exciting new race locations to look forward to next season, but new teams too, with the eagerly-awaited arrival of Mercedes-Benz and Porsche - taking the total number of cars to 24 and completing a full grid for the opening rounds in Ad Diriyah on November 22 & 23.

The ABB FIA Formula E Championship moves from the Middle East and travels onwards to Santiago, Mexico City and Hong Kong, before returning to Rome for the first of the voestalpine European races. 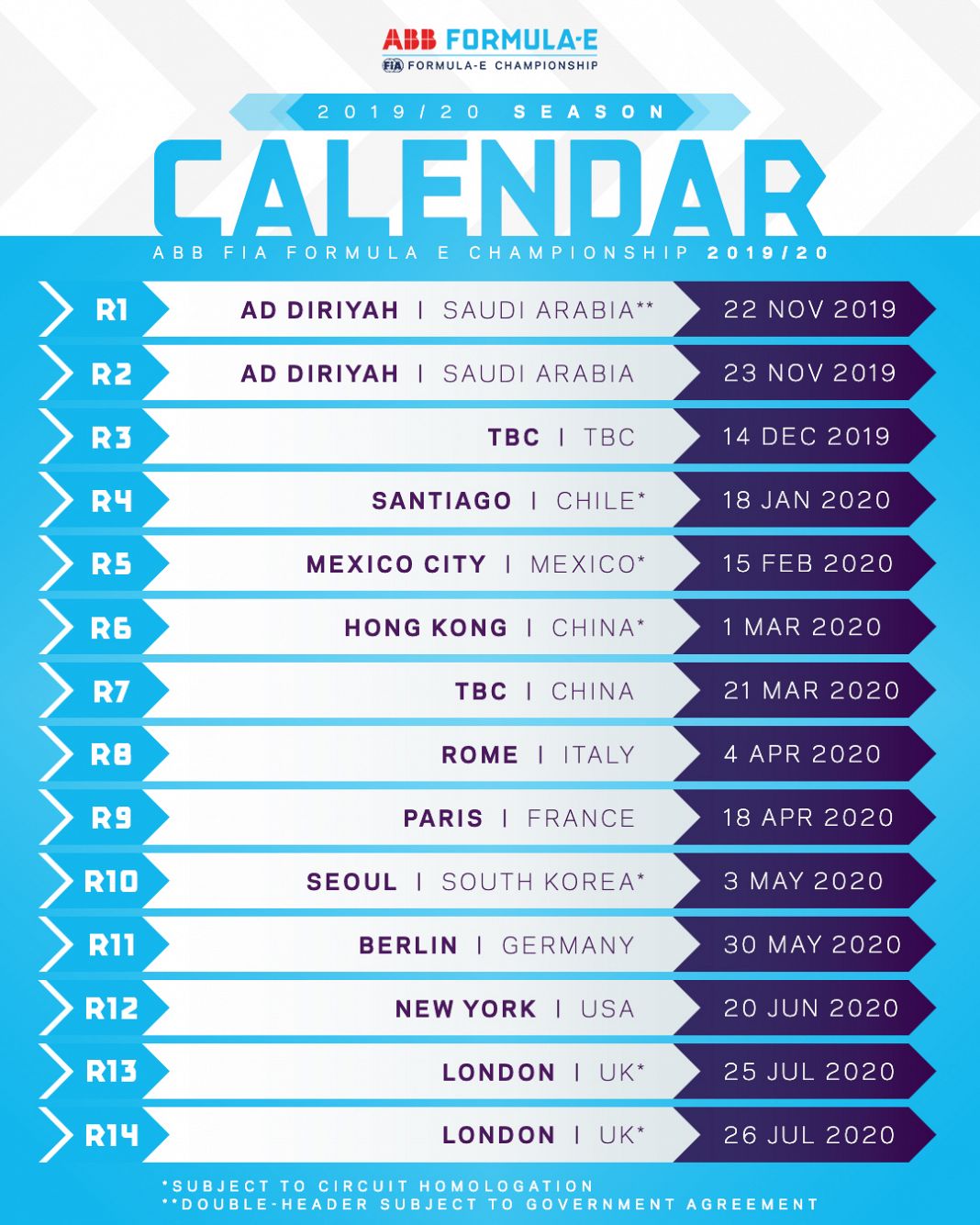 The racing picks up again in Paris, with a short stop-over in Seoul soon after, followed by Berlin to round out the European leg. Monaco misses out for a season - rotating on a bi-annual basis as in previous years.

Formula E then crosses the pond to the Big Apple for the penultimate event of the season in New York City, with London re-joining the calendar for the title-decider over the course of two days at ExCeL London on July 25 & 26.

In addition to issuing the 2019/20 ABB FIA Formula E Championship calendar, alterations have also been made to the sporting regulations, which are set to be introduced for season six.

Furthermore, to enhance the effects of energy management, during safety car periods and under FCY, a fixed quantity of energy - equal to 1kWh per minute for the duration of the caution period - will be subtracted from the total energy remaining in each car.

This measure means that drivers will no longer be able to save energy by driving at lower speeds under FCY or behind the safety car, leading to more varied strategies and close racing to the finish line that fans have grown accustomed to seeing in Formula E. 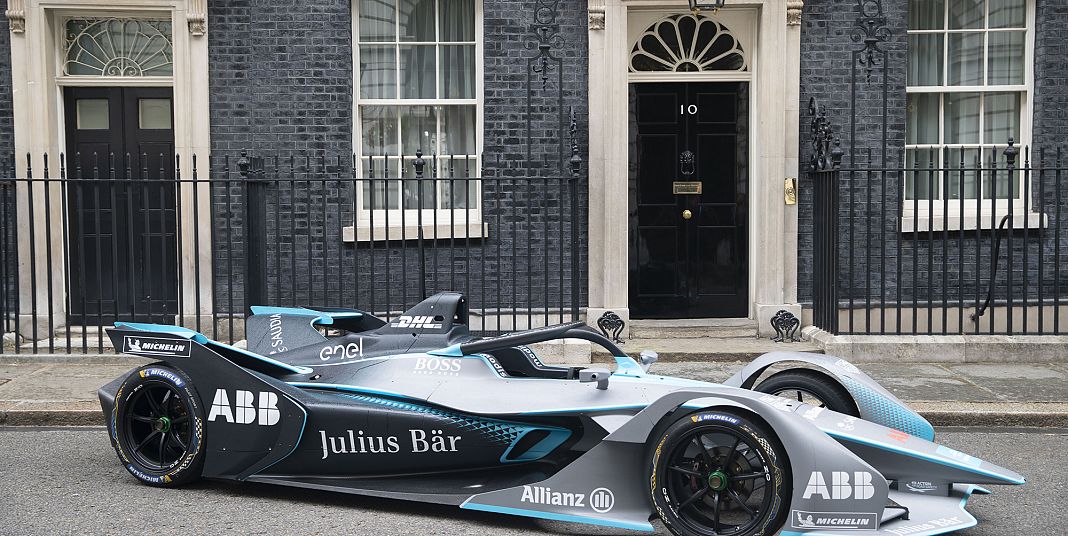 The FIA has also released more details on the extended cycle of the Gen2 car, through to the end of season eight. The extension of an additional season was agreed together with manufacturers, taking into account stability of the rules and cost control. However, further updates to car performance and regulation changes can be made during this cycle, including increase of power, improvements to the battery and an evolution of the design and bodywork.

More points will also be on offer in season six, with an additional point handed out to the fastest driver in the qualifying group stages. The driver who secures Julius Baer pole position still picks up three points - as well as one point being awarded to the driver who sets the fastest lap finishing in the top- 10 of the final classification.

Alberto Longo, Co-Founder & Deputy CEO of Formula E, said: “Next season promises to be the most exciting and eagerly-anticipated in the short history of the ABB FIA Formula E Championship. More races and new faces, with the incredible new additions of Seoul and London, as well as the inclusion of Mercedes-Benz and Porsche. Looking at the list of cities and capitals backing Formula E and the electric movement, it’s the longest and most comprehensive calendar to date. Alongside the tweaks made to the sporting regulations, the racing has the potential to be even more intense and unpredictable than ever. We have three rounds remaining this season and a title fight that’s wide open, but I already can’t wait to get started again in Ad Diriyah in November.”

To get the latest news on the ABB FIA Formula E Championship, visit - www.FIAFormulaE.com