- Move praised by visitors, riders and exhibitors alike
- ExCeL’s increased space “positively impacted on all areas of the show”
- Event to take place from 15th to 19th December

Today, the Organising Committee for the London International Horse Show announced that its 2022 event will once again take place at ExCeL London from 15th to 19th December.

The Show, which celebrated its 50th anniversary last year, moved to the Royal Docks venue in 2021 from its previous home at London Olympia. Following this, visitors, riders and exhibitors alike have all praised the move.

The increased amount of space at ExCeL – which was the largest indoor arena built since the 2012 London Olympics – positively impacted on all areas of the Show. Competitors and their grooms found that the improved equestrian facilities, for up to 96 horses per day, made their stay much easier, with all visitors also able to view the Warm-Up and Collecting Rings. In addition, a larger arena meant that more comfortable seats were on offer, whilst the layout of the Shopping Village offered wider, more accessible aisles and more areas for relaxing and dining.

Indeed, the Show’s loyal audience gave very positive feedback when asked. More than 7,000 individuals completed a post-show survey and headline results showed that they highly commended the sport and entertainment, the venue’s food outlets, the amount of space for movement around the show and the general visitor experience and festive atmosphere.

With the new high-speed Elizabeth line opening this summer, visitors, particularly those from London’s West End, will also be able to travel even faster to the 2022 Show, with ExCeL having its own dedicated station travelling from Paddington in less than 20 minutes.

In 2022, the Show will continue to be the only UK event to offer FEI World Cup™ Classes in Jumping, Dressage and Driving, and attracts the world’s best equestrian competitors across its classes, combining first class sport with outstanding international displays and entertainment. 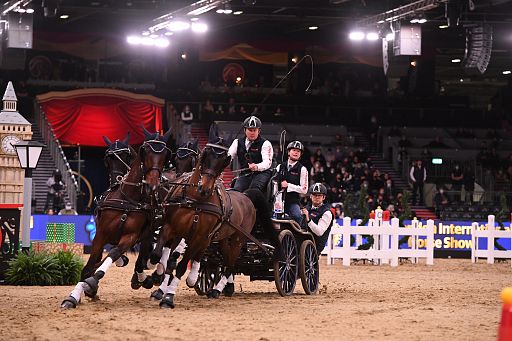 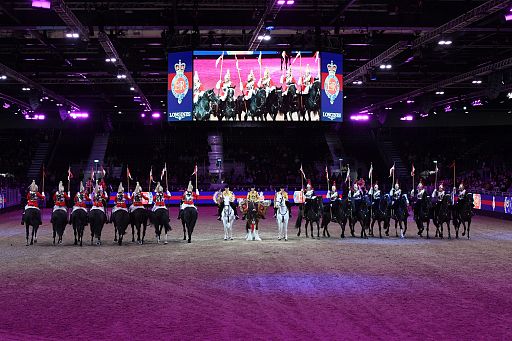 Simon Brooks-Ward, Show Director, said: “Our visitors’ response to the move to ExCeL is very exciting, it means that we have a solid foundation to build on. We were able to introduce a better-quality experience for our visitors, including our new hospitality option, the Phoenix Club, and our competitors and their grooms were more than impressed by the facilities that were on offer. We are looking forward to building on the 2021 event and have plenty of plans in the pipeline to enhance the Show even more.”

Simon Mills, Chief Commercial Officer at ExCeL, said: “We’re honoured to be welcoming the return of the prestigious London International Horse Show to ExCeL, one of several world-class, international events we’ll be hosting. The team did an incredible job to deliver such a spectacular, large-scale event – one of our most complex – that surpassed the expectations of the organisers, and the multitude of positive comments is testimonial to that.

“We’ll once again be working with the organisers to see how we can further enhance both the sporting and the spectator experiences, together with measures around reducing our carbon footprint, such as the brand new energy-efficient lighting rig we installed last time.”

Tickets will go on sale during the second half of April and can be purchased via the Show’s website at www.londonhorseshow.com.