Twenty years to the day, we take a closer look at one event that has made ExCeL its home for two decades (and counting)…

The average UK house price in January 2002 was £96,215. Today, it has risen to a staggering £292,000. A lot has changed in 20 years; back then there was no Twitter or Netflix, there was no such thing as a smoking ban, and Simon Cowell was yet to debut his X-Factor phenonium.

Yet one thing that has remained is the success and longevity of the Property Investor Show at ExCeL London. Ok, so it might have tweaked its name over the years, but the business – now led by Kelly O'Sullivan and Mike Doyle – remains as popular as ever with today’s event billing itself as being ‘bigger and better attended than ever’.

The event originally began life at London Olympia but once ExCeL opened in 2000, Kelly recalls ‘liking the look of it’ and was keen to upscale.

“The show original came from Olympia,” she says, adding: “but we went to look at ExCeL and liked the look of it and I guess the rest is history!”

The show has historically brought together thousands of current and would-be property investors with up to 100 property sector exhibitors. It was relaunched in 2001 and despite some obvious pandemic-related niggles, it still attracts over 90 exhibitors and 4,000 attendees.

“Despite everything that’s happened, our industry is still itching to meet face-to-face,” says Mike, director of the Property Investor Show. “Like others, we looked into staging virtual or hybrid events during the pandemic, but our conclusion was that we couldn’t find anything that came close to delivering the same experience that in-person events do.

“We accept that we’ll perhaps never quite go back to the scale we had ‘pre-credit crunch’ [2008], but the appetite remains as strong as ever.”

Indeed, the credit crunch and subsequent housing crisis of 2008 knocked the industry heavily, but not even that, or a global pandemic, could deter the spirit of the event. What’s more, the same goes for some of its exhibitors who share the 20th anniversary today and will be rewarded with champagne presented by Kelly.

Mike continues: “With Covid restrictions behind us now, we expect this year’s show to be busier than ever, especially given the way that the property market has performed in the last two years and with buyer demand and price growth at record levels.

“The event provides the opportunity for current and prospective property investors to research the entire property investment journey from sourcing to funding, the legal process, taxation and the new technology that now assists landlords in making their portfolios work ever more efficiently.”

“It’s the go-to show of the year for anyone in real estate.”

The Property Investor Show is the UK’s largest and longest running exhibition of UK & International property and takes place at ExCeL London from 1st – 2nd April. Opening dates are from 10am – 6pm Friday and 10am – 5pm Saturday. Please use the West Entrance (Custom House DLR) if coming via train. 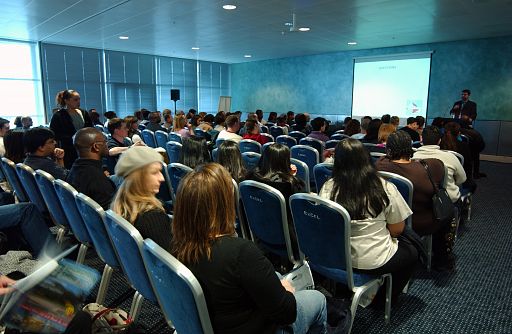 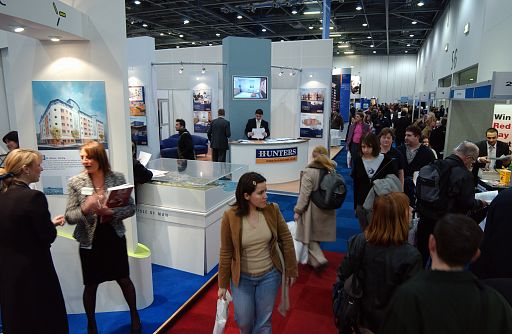