Yes, the all-electric Formula E series returns to its home at ExCeL London this Saturday and Sunday (30 & 31 July). Whilst in its second year at the Royal Docks venue, this weekend will be the first time we’ve been able to welcome spectators to the event to see for themselves the amazing wheel-to-wheel action on the world’s first indoor/outdoor circuit.

So, you’ve got your ticket but what next? Here’s our ultimate guide to making the most out of your Formula E visit…

Getting to ExCeL
The Jubilee Line and the DLR (Docklands Light Railway) are the quickest routes to ExCeL. Alight at Canning Town on the Jubilee Line and change onto a Beckton-bound DLR train for the quick two-stop journey to ExCeL. Please alight at Custom House station and head towards the main entrance (west entrance). Please note that there is no parking at this event. Those with accessibility requirements should contact tickets@fiaformulae.com for specific enquiries.

Please note: National rail strikes have been announced for Saturday 30 July. We advise checking and planning your route prior to departure. If you are unable to use public transport due to these disruptions, you can find some local car parking facilities offsite. The nearest carparks are at the O2 and Westfield. More details on this can be found here.

Upon arrival
Once at Custom House station, you’ll be guided to our covered walkway where there will be safety and security checks, including bag searches. Please be patient and allow our teams to carry these out, especially during busy times.

Off track entertainment/schedule
Alongside all the action on track, there's even more excitement in the Allianz E-Village - the fan festival at the heart of every E-Prix. Running throughout the two-day event, there's lots of entertainment, exploration and innovation just waiting for you. Highlights include a pre-race show from London based DJ & producer Jax Jones, live performances from Nina Nesbitt and Gracey, a gaming arena, kids’ area and food court. 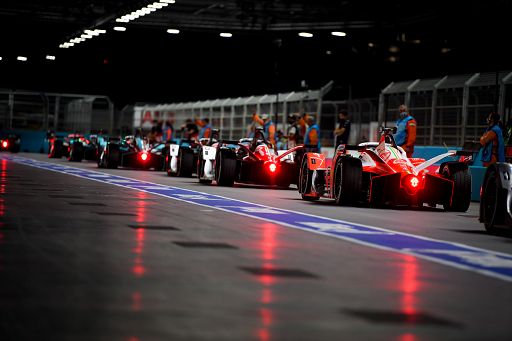 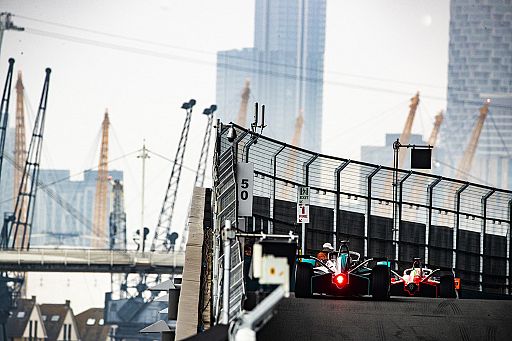 I’m new to Formula E, what exactly is it?
Formula E is the world’s first all-electric motorsport series. It features 22 of the world’s best drivers, from 11 different teams, all battling it out on city centre street tracks around the globe. It’s designed to showcase the true potential of electric vehicles, with manufacturers using it as the ultimate testbed for technology that will filter through into everyday EVs.

What are the cars like?
Quick! They can travel from 0-62mph in 2.8 seconds and on to a top speed of 174mph. They boast a maximum power output of 250kW, equivalent to 335bhp and all the cars are identical. They are fully electric and produce zero emissions…oh, and they’re not as quiet as you might imagine (around 70 decibels).

What is the circuit like?
The 2.14km, 22-turn circuit has been created by British designer Simon Gibbons and is the world’s first indoor/outdoor track.

Who should I look out for?
The best part about Formula E is that every driver has the potential of winning but our top tips include; former F1 driver Stoffel Vandoorne, Jaguar racer Mitch Evans and Dutch driver Robin Frijns.

What about the homegrown talent?
There are six British drivers competing on home soil during the Formula E weekend so plenty to cheer on. Sam Bird, driving for Jaguar, is certainly one to keep an eye out for.

What is the format of the day?
After the practice sessions, drivers take part in a qualifying shoot-out which works similar to a world cup eliminator. Two drivers go head-to-head with the fastest progressing to the next round.

Races are a straight fight to the chequered flag and last around 45 minutes. Remember though it’s not just about being the fastest…it’s also about being the most efficient.

What else should I know?
During the race, all drivers must pass through the Attack Zone at least once (sometimes more) which gives them a power boost for their car. Here you’ll see them drive off the normal racing line to collect it.

For those on social media, you can also vote for your favourite driver before the race through Formula E’s FanBoost, with the top five receiving an additional power boost.

Points are awarded to the top 10 drivers, with a bonus point for whoever sets the fastest lap.

Can't see what you're looking for? Be sure to head over to Formula E's website so more details on how to plan your visit.