International Confex is the UK’s leading exhibition for event organisers, existing to create an environment to help support, inspire and drive the events industry forward. It is co-located with The Event Production Show, The PA Show, Event Launchpad and OMYAGUE.

The event, in its 37th year, returned to ExCeL London as organiser Mash Media – who bought the show in 2014 – sought to achieve its ambitions of growing the show, a feat it managed, with a record breaking turn out by event professionals.

As a world-leading events venue, it was also an opportunity for the ExCeL team to (quite literally) roll out the red carpet for the industry as it gathered in the Royal Docks. And given this is one of the UK’s premier industry events, we took the opportunity to catch up with customers, colleagues and suppliers – with a series of special breakout events.

BLE brings together leading brand owners such as Arsenal Football Club, Manchester City Football Club, Nintendo, Nickelodeon, Hasbro, Warner Brothers and more with thousands of retailers, licensees and manufacturers for three days of deal-making, networking and trend spotting. It facilitates the discovery of and deal making with the hottest brands, characters and images available for licensing.

For the first time, BLE was hosted at ExCeL London, with the opportunity to deliver a more experiential show chief among the reasons for doing so – BLE achieved this through its activations, which were a huge hit with visitors!

Helping a show grow… with a few added extras!

Every year ExCeL hosts 400 events and four million visitors… but it’s rare that one event brings so many valued event stakeholders to the site in one go. So we were keen to have a bit of fun with this particular show.

From Custom House DLR station to the venue’s western entrance – a 100m red carpet, flanked by the 9,500 plants that make up our Living Wall, was laid to give visitors to International Confex a royal welcome to ExCeL. 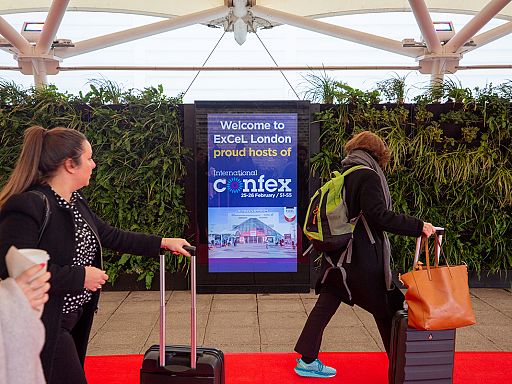 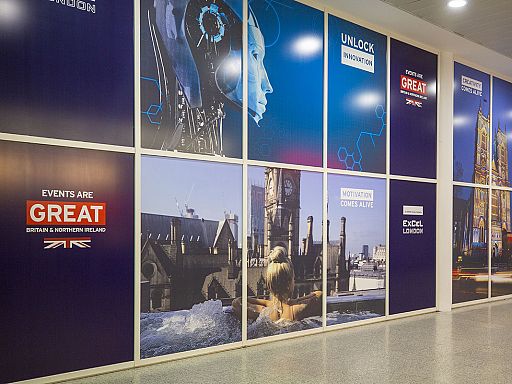 A GREAT thing to be a part of

ExCeL London has partnered with the Government’s international promotion campaign, GREAT, to spread its positive message and highlight the power of the UK’s events industry, both at home and abroad.

We are working with the campaign to showcase how the events industry is one of the world’s best places to grow networks, strike business deals, launch products, meet buyers and convene to tackle some of the planet’s most pressing matters.

ExCeL London used International Confex to display the GREAT message loud and proud around its 31m x 8m Platinum Suite hoarding, located at the heart of the venue, as well as on other screens located across the venue.

Once guests had made their way along the red carpet come in from the biting late-February cold, guests were met with live music they made their way into the pyramid entrance  – expertly performed by Idreiss Trio on the Tuesday and The Modern Apes on Wednesday.

Check out the ExCeL London Twitter feed to see Idreiss performing as guests arrive on the Tuesday morning. 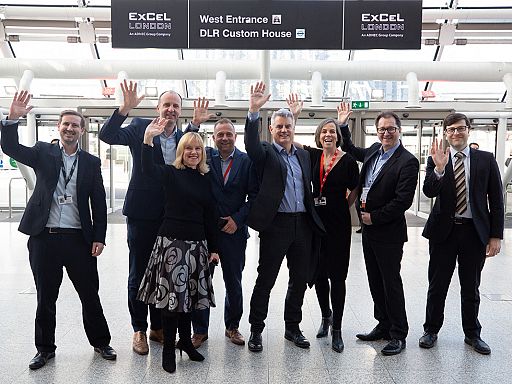 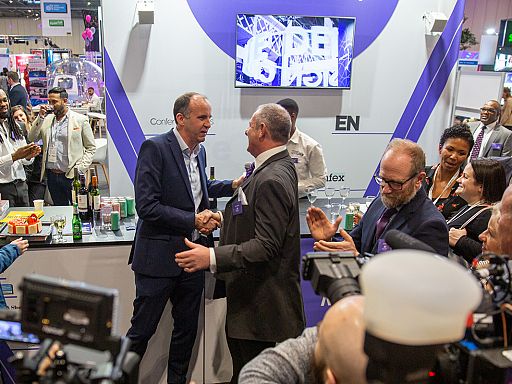 This year’s Confex coincided with Mash Media’s 25th anniversary. To celebrate, Simon Mills, Executive Director – Exhibitions at ExCeL London, presented Mash Media Managing Director, Julian Agostini with a cake, after leading a rendition of Happy Birthday on Mash Media’s stand at the heart of the show.

We teamed up with catering partner ExCeL London Hospitality to put on a pancake flipping competition in the venue’s boulevard – all to tie in with Shrove Tuesday, which occurred while Confex was on.

Contestants had to flip a pancake in a frying plan as many times as they could in one minute. 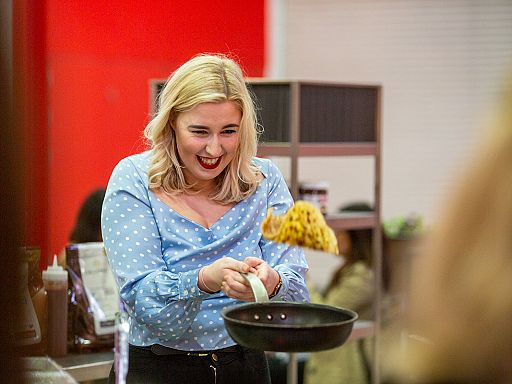