New York City is the most expensive destination in the world.  A business trip to New York costs £611 a day on average according to research by global mobility experts, ECA International (ECA).

Geneva is once again the most expensive location in Europe for business travellers. On average, the total cost of a standard business trip to Geneva is £554 a day, compared to £448 in London.

London has dropped down the rankings and the UK capital is no longer in the top ten most expensive locations in the world for business travel. It has been overtaken by Monaco, Basel and Paris this year. When it comes to Europe, London is now sixth place, down from third the year before.

Updated annually, ECA’s Daily Rates report reviews the average costs for hotel accommodation - which makes up the bulk of any daily allowance - as well as meals, drinks, laundry, taxi transport and daily essentials. 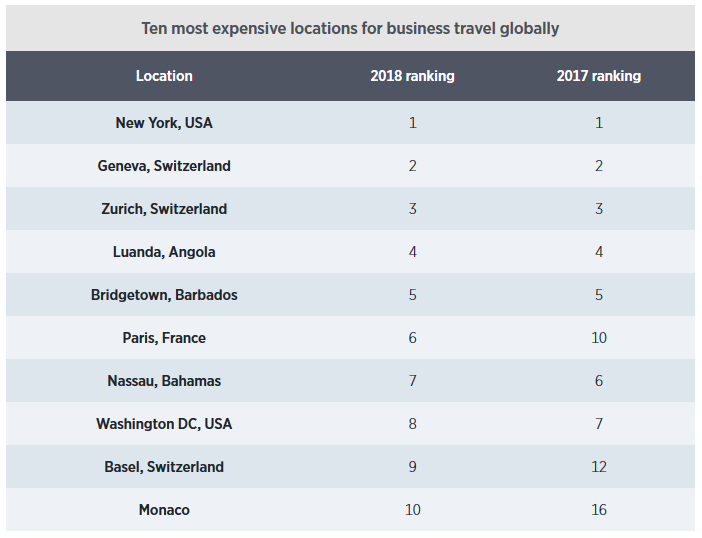 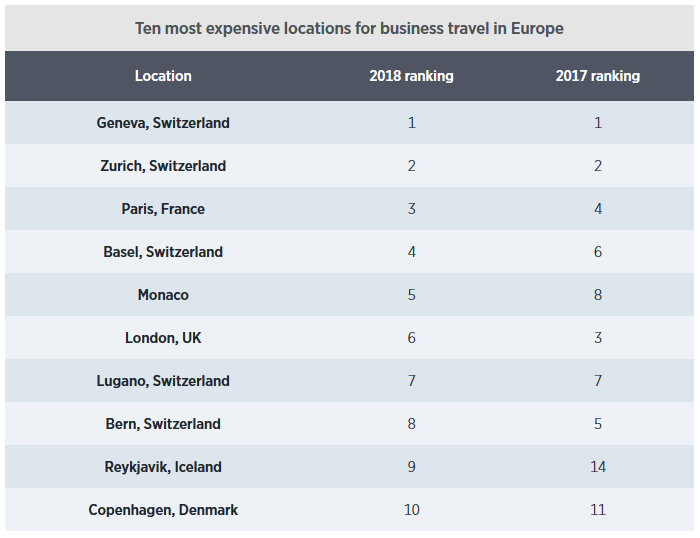